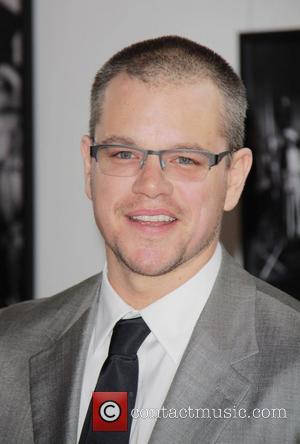 The Hobbit: An Unexpected Journey and Django Unchained are riding high at the top of the US box office charts and as the movie industry lurches slowly into the new year, it’s likely that they’ll remain there. After all, an unsolicited addition to the Texas Chainsaw collection is hardly going to have the pulling power to shift some of the biggest movies of last year off the top of that chart.

In a classic game of paper, scissors, stone, it becomes quickly apparent that ‘chainsaw’ beats ‘wooden door’ as good old Leatherface wreaks havoc with his favourite power tool once more. Unsurprisingly, it has been met with a tired response, with one reviewer on Rotten Tomatoes describing the film as a “giant turd of a movie.” So, probably not bound for big bucks box office success, then. Bound to divide audiences this one. Divide them between ‘Don’t really like it’ and ‘Really don’t like it,’ that is.

A more encouraging cinematic treat, then, is Promised Land. Starring Matt Damon, Frances McDormand and John Krasinski. This is Gus Van Sant’s cinematic exploration of the issue of ‘fracking’ – the process of drilling and injecting fluid into the ground at high pressure to fracture shale rock, in order to release the natural gases therein. Fracking has been the subject of great political debate in the USA, due to its reported dangers. But is it the subject of a great Hollywood movie?

The jury’s out on this one and although Matt Damon has tried to argue that Promised Land is not a political movie, it’s not entirely unreasonable to assume that some reviews may be swayed by the reviewer’s opinion to fracking. Peter Travers of Rolling Stone has praised van Sant’s approach to the issue: “a potent and powerful look at how the stressed economy is stressing farm communities across America. Director Gus Van Sant finds the human side of a knotty issue” and Damon’s performance is praised as “one of his best” by USA Today.

And now, for the real barrel-scraping of this week’s releases. First up, a movie called A Dark Truth. Starring Andy Garcia, Eva Longoria and Forest Whitaker, A Dark Truth, judging by its trailer is a fairly schlocky action movie, heavy with cliché and light on appeal. A talk show host, who used to be a CIA operative (because yeah, that happens a lot…) is hired to expose her company’s cover-up of a South African massacre. Sounds hugely unbelievable to us and frankly, the performances on display in the trailer are hardly helping.

And finally, Sushi Girl. A movie named after a woman who lies down on a table, whilst a released convict eats sushi off her naked body, along with the men that he very politely did not grass up, on the evening that he is released from prison. Featuring Mark Hamill, Danny Trejo, James Duval and Sonny Chiba, this is exactly the kind of movie that you would come to expect from a cast such as this. It’s a low-rent B-movie, destined, quite possibly for minor cult familiarity, but equally as likely to be lost without a trace.