Matt Damon has insisted that he always wanted to play Jason Bourne again and is thrilled to be shooting a new movie in the franchise. 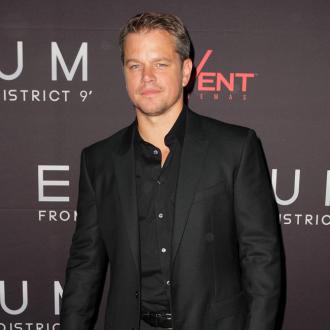 The 44-year-old actor reprises his starring role in the 'Bourne' franchise for the first time since 2007's 'Bourne Ultimatum' in the upcoming fifth movie and Matt is thrilled to be back.

He said: ''I love this character. He's so smart and resourceful and easy to root for. I always wanted to play him again.''

Matt and director Paul Greengrass decided not to be part of the fourth movie and so a spin-off featuring Jeremy Renner, 2012's 'The Bourne Legacy', was released.

Matt explained to The Hollywood Reporter: ''I always tied myself to Paul. I always said, if he came back, I would love to come back. And we would talk about it periodically. But we just didn't have a story to tell. We just didn't have anything. And the studio was under pressure because they have a deal with the estate: They have to make a 'Bourne' movie or they [lose the rights]. I don't know what the deal is, but I know that any time there's a franchise that's this successful, there's a lot of pressure.''

Despite his love for the role, Matt hasn't signed up for another 'Bourne' film just yet.

He said: ''I don't want to take that for granted. I always just did one at a time. Even on the first one, they suggested me signing up for three, [but] I didn't know if I was going to like making action movies. I didn't ever want to be in a situation where I was roped to something and I couldn't get away.''