Sci-fi Drama The Martian Crashed Back Down To Earth By Dropping Four Places From The Top Of The U.k. Box Office Chart Following A Stellar Two Weeks Of Success. 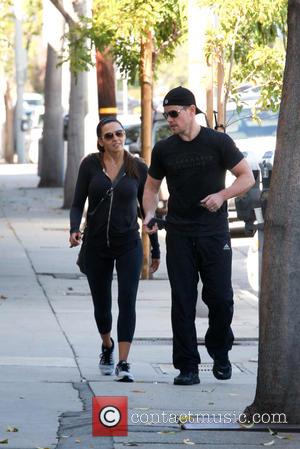 Matt Damon's space adventure, about an astronaut left alone on Mars, enjoyed peak chart positions on both sides of the Atlantic for two weeks following its release, but it has now dramatically slumped in the U.K. with takings of just $3.8 million (£2.4 million) over the weekend (16-18Oct15).

Children's animated comedy Hotel Transylvania 2 has replaced the blockbuster at the top of the chart with a $10 million (£6.3 million) haul, while women's rights drama Suffragette, starring Carey Mulligan and Meryl Streep, came in second with $4.6 million (£2.9 million).

Hugh Jackman's fantasy Pan placed third with $4.3 million (£2.7 million), one position above The Martian, and gothic horror Crimson Peak rounded out the top five with takings of $1.5 million (£967,000).