German Writer/director Bennie Diez Is Beginning To Feel Like An Expert Matchmaker After The Stars Of His New Horror Movie Stung Fell In Love On The Set. 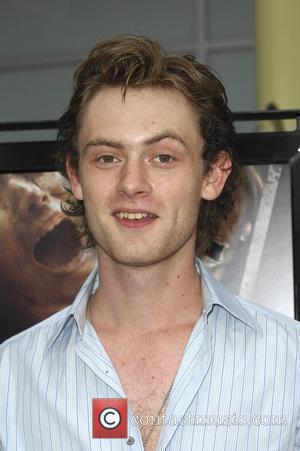 Matt O'Leary and Jessica Cook fight off killer giant wasps in the new monster movie, and their director couldn't believe his luck when their forced chemistry became a real-life romance.

Diez says, "The story is about these two guys falling for each other and they need this trauma of giant wasps attacking to jump over their tiny problems and say, 'Hey, that's my girl, that's my guy'... I could kind of feel like they were falling in love and it was also cool later on to find out they got together.

"Also what was cool was I cast both of them, because I had a feeling they would really fit together and be believable as a couple - so that was a nice touch to see it happen in reality."

O'Leary adds, "We actually met before we flew out to Germany. I've never worked out of America before, so it was a new experience for me, so we just bonded and became really close friends and worked really hard together. That lasted past the end of the shoot."

And Cook says, "I kind of leaned on Matt to get advice and everything and he was really amazing and kind of walked me through it with me being super nervous day in and day out." Linda White is a Christian housewife, trapped in a loveless marriage which she can't do...