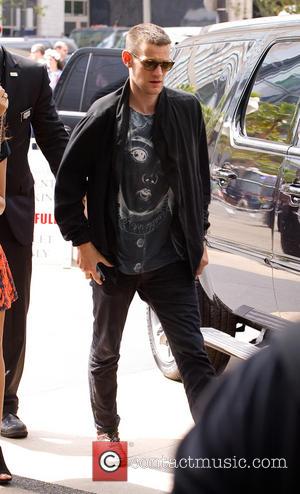 WHO Did Steven Moffat Have In Mind When He Wrote The Audition Script?

Instead, features are described that are definitely changeable from one person to other - eyes, nose, height - are mentioned as the Doctor gets used to his new body, as reported by Radio Times. Moffat has discussed the first scene with fans, saying that the revealed audition script is one of three that actors will have to read, with purposefully no plot secrets revealed. The DW writer explained "You'll learn very little about Number 12 - naturally, this was written before the casting began. And anyway, the scenes we use for the auditions are designed more as obstacle courses than 'proper' scenes. Fairly generic Doctor stuff, for someone to spin into a new version of the Time Lord," adding that "there's nothing to learn here (won't stop you trying, I know)."

Reckon You Could Do This? Give The BBC A Shout!

Names thrown up by the DW rumour mill so far apart from the aforementioned female names include Rory Kinnear (denied), Ben Whishaw (denied), Ben Daniels, Julian Rhind-Tutt, Dominic Cooper, David Harewood, Chiwetel Ejiofor, and er...bookies were also taking bets on Simon Cowell at one point. We'll leave it for you to decide, unless you're pretty good at acting and think the BBC need you as the next Doctor.

INT. TARDIS The new Doctor is checking out the new body. Clara, watching. It's been a few minutes, they're both still adjusting.

THE DOCTOR: Right then, eyesight. Not bad, bit blue. Ears - not pointy, right way up, more or less level. Face - well I've got one. Oh, no - French!

THE DOCTOR: I've deleted French! Plus all cookery skills, and the breast stroke. And hopping. Never mind hopping, who needs to hop. Ohh, the kidneys are interesting. Never had that before - interesting kidneys.

CLARA: Are you all right? T

HE DOCTOR: I don't know, do I look all right?

THE DOCTOR: How's the face? Seems all right from the inside. Nice action, responsive. Bit less heft on the chin. How is it?

THE DOCTOR: Have you changed height?

THE DOCTOR: You sure?

CLARA: It's you, your height, you're the one who's changed.

THE DOCTOR: And look at your nose.

CLARA: What about my nose?

THE DOCTOR: It was really cute, I loved your nose, you should've kept it.

THE DOCTOR: Are you wearing a smell?

CLARA: Do you mean perfume?

THE DOCTOR: Yes, I suppose it could be perfume.

CLARA: You've always liked that perfume, you said so.

THE DOCTOR: No I didn't, that was the Doctor.

CLARA: You're the Doctor.

THE DOCTOR: Yes, I suppose I am. That's going to take a bit of getting used to.

CLARA: Yeah, it really is.