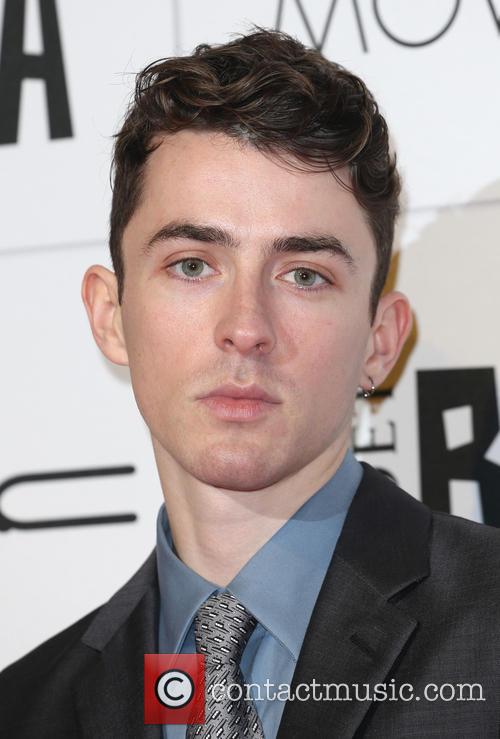 Helen Mirren, who plays the Queen yet again in the speculative Broadway (and West End!) play 'The Audience', looked elegant as always as she was snapped arriving at the 2015 Tony Nominees Reception at the Paramount Hotel in New York. The veteran actress has been nominated for Best Performance By An Actress In A Leading Role In A Play. The New York premiere for 'The Imitation Game' took place at the Ziegfeld Theatre, with stars of the film and various celebrities including the film's star, Benedict Cumberbatch. Cumberbtach was joined by the rest of the cast, including Kiera Knightly, Matthew Goode, Mark Strong and acting legend Charles Dance.

Solid acting and adept filmmaking help make up for the fact that this film asks us to spend a couple of hours in the presence of a group of truly despicable characters. They're played by some of the brightest (and most beautiful) rising stars in the movies at the moment, but each one of these young men is vile to the core. So the fact that these are supposed to be Britain's brightest and best hope for the future makes the film pretty terrifying.

It's set at Oxford University, where the elite Riot Club (including Douglas Booth, Sam Reid, Freddie Fox, Matthew Beard, Ben Schnetzer and Olly Alexander) are on the lookout for wealthy white students to complete their 10-man membership. They find suitable candidates in new arrivals: the sneering Alistair (Sam Claflin) and conflicted Miles (Max Irons), whose one drawback is that he's seeing a common girl (Holliday Grainger). After the rigorous initiation process, Alistair and Miles are welcomed to the hedonistic gang at a lavish dinner in the private room of a country pub. But things turn nasty as they drunkenly hurl abuse at the pub manager (Gordon Brown), his daughter (Jessica Brown Findlay) and a high-class hooker (Natalie Dormer) they hire for the night.

Based on the play Posh by screenwriter Laura Wade, the film is centred around this increasingly chaotic dinner party. Although nothing that happens is particularly surprising, because these young men are such relentlessly bigoted, misogynist snobs that it's impossible to believe they belong anywhere other than prison. They certainly don't deserve their self-appointed status as the top students at Oxford, who are getting debauchery out of their systems before taking the lead in British politics and business. But then, that's precisely Wade's point, and she makes it loudly. Thankfully, director Lone Scherfig balances things by offering glimpses into these young men's dark souls while skilfully capturing the old-world subculture and a strong sense of irony.

The Riot Club is an elite group of ten Oxford University students; the very best who are almost definitely going to go on to have successful futures. It's hundreds of years old and is notorious for their ritual drunken debauchery, lawlessness and often violent behaviour during their exclusive dinner parties each term. Their current president persuades a pub landlord and his daughter to let the club hire out the venue for the night, as long as he keeps things under control. However, it soon becomes clear that none of these young men are up for a quiet night when one of them hires a prostitute to 'entertain' them. She manages to make a quick escape when she realises what she's let herself in for though, and most of the club decide to take their frustrations out on the landlord and his daughter. Tragically, things get out of hand when one of the men seriously injures the landlord, causing the rest of them to panic. But with reputations at stake, who's going to blamed for it?