'Lost' star Matthew Fox has been charged with two misdemeanours, driving under The Influence (DUI) and driving without a licence, following his arrest last week.

The 45-year-old actor was stopped in the early hours of last Friday (04.05.12) morning after an officer noticed his vehicle was not signalling properly or staying in lane with traffic and then determined he had been drinking.

A spokesperson at the Deschutes County, Oregon, District Attorney's office told People magazine that although he was released later that day, on Wednesday (09.05.12), the 45-year-old actor was charged with driving under The Influence (DUI) and driving without a license.

His arraignment hearing is set for June 7.

The actor lives in nearby Bend, Oregon, with his family - wife of 10 years Margherita Ronchi and their two children, daughter Kyle and son Byron.

This is not the first time Matthew has had a run in with the law.

In August last year he was accused by Ohio bus driver Heather Bormann of assault and battery after she claimed he drunkenly tried to get onto her vehicle and demanded she drove him to his hotel.

Court papers filed by Heather stated: ''Defendant Fox continued to force his way onto the Steps of the bus, and bellowed loudly at plaintiff, demanding she drive him to his hotel... Suddenly and without provocation, Fox attacked plaintiff with his fists, delivering sudden and severe blows to her right breast, groin, arm and legs, inflicting severe, disabling injury and pain to plaintiff.'' 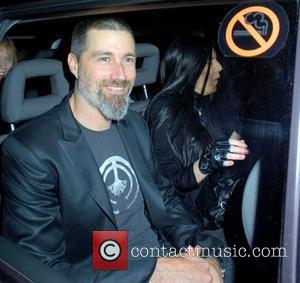