Matthew Mcconaughey was "happily and healthily single" when he met Camila Alves. 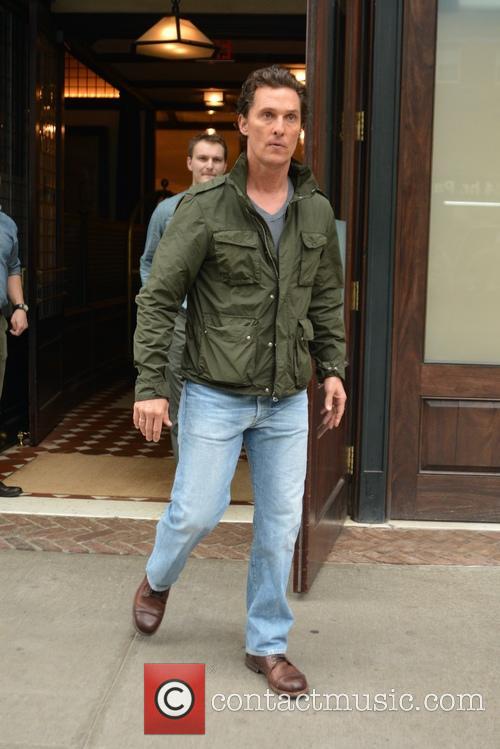 The 46-year-old actor first set eyes on the Brazil-born model at a nightclub in Los Angeles in 2006, and went on to marry in 2012. And while Matthew wasn't looking for love when he first met Camila, he knew their bond was too strong to ignore.

"I was very happily single and healthily single," Matthew told People and Entertainment Weekly's editorial director in an exclusive video series, The Jess Cagle Interview. "I was not looking. I was sleeping well, I was spiritually sound, I was good hanging with me."

But when he saw Camila in the club, where he had been enjoying time with his friends including disgraced cycling champion Lance Armstrong, Matthew was blown away.

"Out of the corner of my eye, this sort of aqua-green figure went floating across the frame about 20 feet in front of me," he said.

"My eye went up and I remember what came out of my mouth. I didn’t say ‘Who is that?’ I went, ‘What is that?’ As l was trying to get that’s attention across the room, I went in my head, ‘This is not the kind of woman you call over across the room, MCConaughey. Get your ass out of your chair and go get her.’ Which I did."

The pair married in 2012 and share three children, and now seem to be happier than ever.

When asked what attributes first attracted him to the brunette beauty, Matthew said: "The self-respect she had, the way I understood her and her relationship with family, the way she respected me but never took anything for granted, not putting on any airs whatsoever.

“We went on our first date three nights later and I knew then... I’ve been wanting to go on a date with her for the last nine years and not with anybody else."