Still your hearts! Matthew Mcconaughey is embraces the idea of more 'True Detective.' 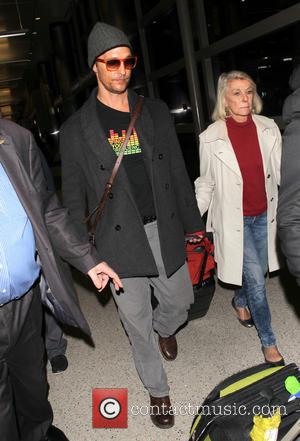 Matthew Mcconaughey has surprised fans of the hit HBO crime series True Detective by revealing that he'd actually be pretty open to more adventures as Rust Cohle; he just didn't want to sign away his soul before he saw how the show would turn out.

The second season of Nik Pizzolatto's dark and gritty detective drama is in the process of being made and will feature a whole new cast and will be set in California, a very different location to season one's Louisiana base.

McConaughey now being a big, Oscar-winning movie star and all, it was pretty much assumed that he'd be lending the first season some starpower and then moving on along with his co-star, Woody Harrelson. However, the 44 year-old actor reveals in a new interview with Deadline that that's not really the case or at least isn't now.

"That was always how I saw it," he said, regarding his open-and-shut role as Cohle. "One season, eight episodes, a finite beginning, middle and end, goodbye, look forward to watching it," he explained. "If HBO had wanted an option on me for a season two or three, I wouldn't have done it," he said of his feelings at the time. "I wouldn't have walked into something where they could say, 'We've got you for the next three years'."

He then revealed that his once fixed mindset has now changed with the show's critical acclaim and commercial success probably having played a large role in the decision. "I liked True Detective, the whole series and the experience of making it, so much that I'd be open to doing another one now," he said, adding "At the time, I was looking at six months and not beyond that."

"I don't know of a feature film I'd sign for where I'm going to say, 'If this works, you've got me whenever you want me for the next three years'," he explained. One of season one's many layers of intrigue was trying to work out whether Cohle would be killed or commit suicide and even in the final minutes of the final episode this is still very much a lingering question. Deadline notes that the rom-com McConaughey of ten years ago probably wouldn't have had the same gravitas.

More: Nik Pizzolatto opens up on extension of "psychosphere" to second season.

The actor agrees: Right. This is better," he said, adding "True Detective was like this great extended experience, like you were having an opening weekend, for eight weeks in a row. I'd watch it Sunday, and found myself talking about it all week with friends. And I knew what was going to happen.

"I'd watch it again Tuesday and Wednesday, for the pure enjoyment of watching those characters play off each other. I loved it that much, and then I would get excited with the anticipation for the next one. What a wonderful eight weeks." We Could Be Seeing Matthew McConaughey In 'True Detective' Again.