Matthew Mcconaughey's body was like a ''little baby bird'' when he lost 56lbs for his role as real-life AIDs sufferer Ron Woodruff in 'Dallas Buyers Club'. 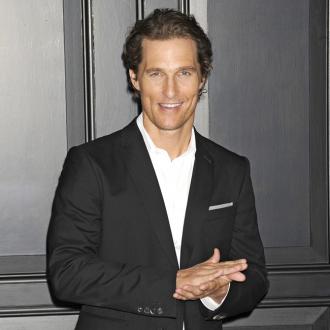 Matthew Mcconaughey's body was like a ''little baby bird'' when he lost weight.

The 43-year-old actor - who stands at 6ft tall - shed a staggering 56lbs for the role of real-life AIDs sufferer Ron Woodruff in his new film 'Dallas Buyers Club' and found himself longing for more food like a hatchling seeking its mother.

He said: ''It was tough going, I'm not going to lie. The dieting was pretty hardcore. I was losing 7lbs every week. I'd have a Diet Coke, two egg whites in the morning, a piece of chicken, then another Diet Coke.

''That was rough. I got down to [189lbs] and I was always hungry, and irritable. My body resembled a little baby bird with its mouth open, crying, 'Feed me, feed me,' and you realise momma bird ain't going to feed you. It's hard.''

The role is a big departure for Matthew - who has children Levi, four, Vida, three, and four-month-old Livingston with wife Camila Alves - after making a name for himself in rom-coms and action films such as 'Ghosts of Girlfriends Past', 'Failure To Launch' and 'Sahara'.

He claims he didn't feel ''challenged'' by some of his previous romantic parts and so decided to take a break, resulting in him being offered more daring projects.

He added in an interview with the Daily Mirror newspaper: ''I would never say I'm done [with rom-coms] but sometimes I felt less challenged than I should have and I think you need a healthy amount of pressure to progress. I don't think I'll go back there unless I find something that really turns me on.

''So I just sat back, spent time with the family, took some time out to get a little clarity. I was OK for money, paying the rent, putting the bread on the table.

''So I did that and what happened - I started to get a different call for different types of scripts.''