Matthew Morrison And Gary Barlow Are Celebrating After Their Musical Finding Neverland Was Announced As The Winner Of Four Audience Choice Awards. 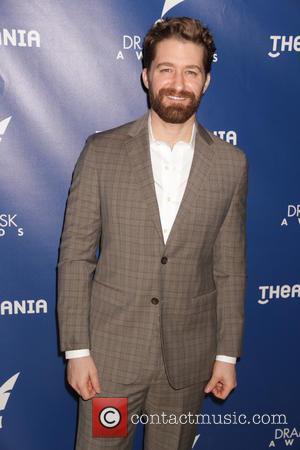 The former Glee star earned a prize for his starring role as author J.M. Barrie in the musical, about the origins of Peter Pan, while the production was named Favourite New Musical by public voters on theatre website Broadway.com.

Morrison writes on Twitter.com, "Thank you to everyone who voted for my @NeverlandBway family!" and Barlow adds, #FindingNeverland is your Favourite New Musical! We're thrilled to have won 4 @broadwaycom Audience Choice Awards!"

Kristin Chenoweth won three awards for musical On the Twentieth Century while Bradley Cooper and Dame Helen Mirren continued their industry accolades haul for their leading roles in The Elephant Man and The Audience respectively.

Harry Potter star Rupert Grint won two prizes for his performance in It's Only a Play, Vanessa Hudgens scooped Favourite Breakthrough Performance for Gigi, and Darren Criss and Emma Stone were named favourite replacements for their stints in musicals Hedwig and the Angry Inch and Cabaret respectively.

The prizes will be handed out a private ceremony in New York on 19 May (15).