'Glee' star Matthew Morrison is reportedly dating actress Olivia Munn after they were caught kissing at a Hockey game in New York on Saturday (19.02.11). 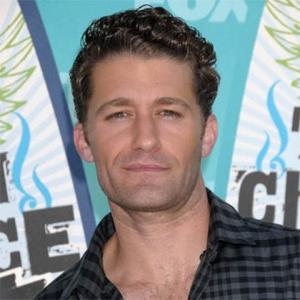 The 'Glee' star and the actress were caught kissing at a Hockey game in New York on Saturday (19.02.11) and onlookers at Madison Square Garden say they couldn't keep their hands off each other.

One said: "They were holding hands and being quiet affectionate and Olivia playfully grabbed Matthew's chin before going in for a kiss.

"Matthew was also caressing Olivia's knee and they gave each other a high five after The Game."

Last year, Matthew - who plays teacher Will Schuester in the musical TV drama - was linked to model-and-actress Kelly Brook but he recently said he's too focused on his career to be in a relationship.

The 32-year-old star said: "I'm not a good friend right now. I'm not a good boyfriend. It's not that I'm selfish. I'm just focused."