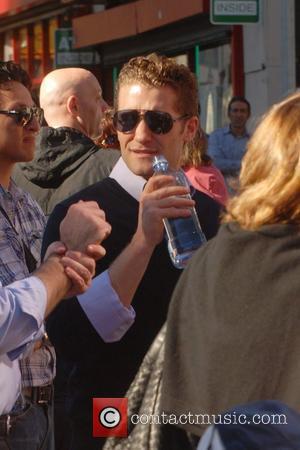 Matthew Morrison has no plans to relax when he finishes filming the current series of Glee - he's heading out on a world tour.
The singer/actor plays popular teacher Will Schuester in the all-singing, all-dancing show, which is currently in its second season.
The Glee cast will take a break when filming wraps in April (11) - and Morrison has revealed he's heading out on the road to promote his debut solo album, Bringing It to the Masses, which is due for release next year (11).
He tells Extra, "I go right into rehearsals after Christmas. This is the only time I have off, really... When Glee goes on our hiatus (sic) in April, I'm gonna start doing a big tour."