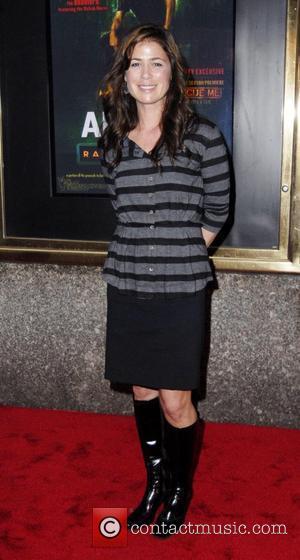 Maura Tierney's new TV pilot PARENTHOOD was hit by tragedy on Wednesday (29May09) when a network boss died unexpectedly on the show's set.
Nora O'Brien, 42, is believed to have passed away after suffering a brain aneurysm.
O'Brien, the drama vice president for NBC, had complained of dizziness before collapsing in the comedy's Berkeley, California studio.
Production on the show, also starring Erika Christensen and Peter Krause and based on the 1989 film of the same name, was halted for two days.
A statement from NBC Universal reads: "Our hearts go out to the family and friends of our beloved colleague Nora, who was respected and cherished by so many people in the entertainment community. She'll truly be missed by all of us."