The album, 'If All I Was Was Black', is out this month.

There's a reason why Mavis Staples remains a legend in R&B and soul music, and it's not just because she has one of the smoothest voices in the genre. With her new song 'Build A Bridge', she addresses the political state of the world and expresses her wishes for a more inclusive world. The 78-year-old soul diva unveils a new song from her forthcoming sixteenth studio album 'If All I Was Was Black', which has been written and produced by Jeff Tweedy of Wilco. It's an exploration of the injustices of today's political climate, and harkens back to the days of her Staples Singers career.

'So many young boys are being stopped by the police and being killed', she told Rolling Stone. 'We've got a man in the White House that is urging this stuff on, and he's brought on a rebirth of bigotry and hate. This world... I just don't know. I just stop myself and wonder, 'What is going on?' I've been doing some extra praying. We need it. We need it bad.'

The album is her third collaborative effort with Tweedy after 2010's 'You Are Not Alone' and 2013's 'One True Vine', and it comes more than a year and a half after she dropped 2016's 'Livin' on a High Note'.

Mavis performed 'Build A Bridge' live on 'The Late Show with Stephen Colbert' this week, and she's currently on tour with Nobel Prize winner Bob Dyland. They'll perform at the Nassau Coliseum in Uniondale, New York tonight (November 8th), and she'll continue with several North American dates this month including a five-night residency at New York's Beacon Theater, before returning to the stage in January for another run of shows.

'If All I Was Was Black' will be released on November 17th 2017 through Anti-Records. 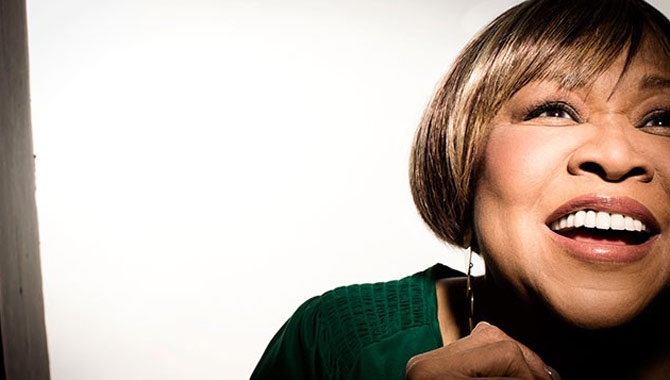