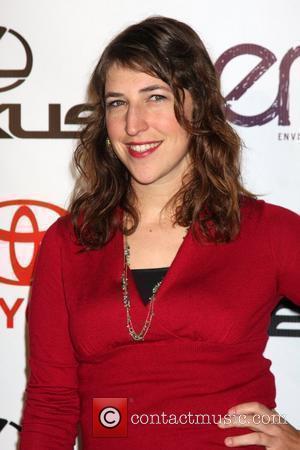 Mayim Bialik, the 34-year-old American actress and star of 'Blossom', is set to become a regular on the hit CBS series 'The Big Bang Theory, after making a series of guest stints on the show. Bialik plays 'Amy Farrah Fowler', the love interest of JIM PARSON's character, 'Sheldon'.
Bialik had begun to appear more regularly in the current season of the sitcom, and according to Deadline.com she has now been made a permanent cast member. Recently, the actress spoke to E! Online about her wish to stay on the show, saying , "I'd like to work every week. I think they'd like people to keep guessing what's going to happen with this character, but I think there are still plenty of plots that they want to spread out throughout the season". Despite being romantically linked with Parsons on-screen, Bialik says she has a history with co-star Johnny Galecki, saying, "He was on Blossom when we were kids. I think I was his first onstage kiss!"
The actress, most famous for playing the eponymous 'Blossom', has previously appeared in Larry David's multi-award winning comedy series, 'Curb Your Enthusiasm'.