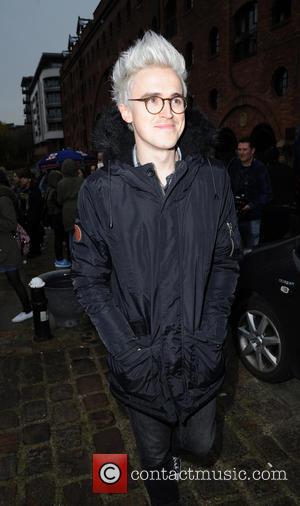 Poynter revealed the 2005 film, which was nicknamed The Vegan Maker, "warped" his mind and made him "scared to death" of eating meat.

The singer says Fletcher now lives off seeds as he made the decision to become vegan, meaning he abstains from consuming any animal produce.

Poynter tells Britain's Fabulous magazine, "I very recently turned vegetarian. About two months ago, I watched this documentary about where meat comes from and what the animals are fed, so essentially you're eating that, too. I have a very fragile mind and it has been warped by that programme. Now I'm scared to death of eating meat... Tom turned f**king vegan, that's extremely New Age. He lives like a chicken. Off seeds. I think Tom's only being vegan so he can get close to Natalie Portman."