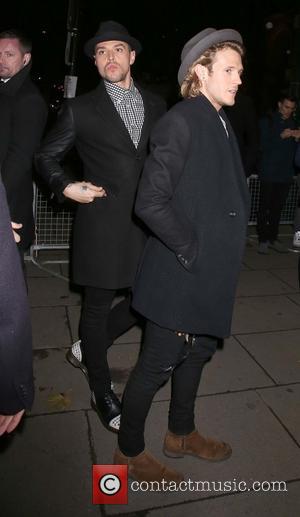 McBusted announce the biggest show of their careers as they prepare for British Summertime Hyde Park in London on July 6th 2014.

McFly and Busted have taken the world by storm since they decided to team up as McBusted (minus Charlie Simpson), so much so that they have been forced to extend their original 9-date tour next year to 32 dates, to their utter amazement. And things are only getting better for this newfound supergroup as they were recently told they'd be headlining at the British Summertime Hyde Park next year, with special guests fellow boyband Backstreet Boys.

They have been posting messages to their followers on Twitter about a major announcement, yesterday (December 8th 2013) revealing, 'We have HUGE announcement to make on Monday morning...we cannot wait to tell you about it!' and eventually confirming, 'Have you heard? MCBUSTED ARE HEADLINING @BSTHydePark on Sunday 6th July.... Tickets go on sale Friday at 9am!' Their combined Twitter account also saw various re-tweets from each of the band members expressing their insatiable excitement.

Confirming the news, Penny Boyd, Head of Events and Filming at the Royal Parks said: “McBusted are the perfect family entertainers and we are excited to have them performing in Hyde Park. We are very proud with what was achieved in 2013 and winning two industry awards in a first year is testament to the event’s success.

“Working with our partners AEG Live, we not only delivered a truly unique event for Central London, we also raised the bar in terms of sustainability, customer experience and service and local engagement. We are looking forward to building on that success and continuing the great work for 2014.”