Review of Memory Lane: The Best of McFly Album by McFly

The release of a second Greatest Hits album in less than five years might seem a bit excessive for some artists, but riding high on recent various reality show wins, autobiography releases and infamous wedding videos, McFly seem to get away with it. In their defense, they have released plenty of new material in this interim period; two-thirds of the tracks on newest compilation release 'Memory Lane' do not feature on the previous Hits album, plus there are three entirely new songs from the boys. 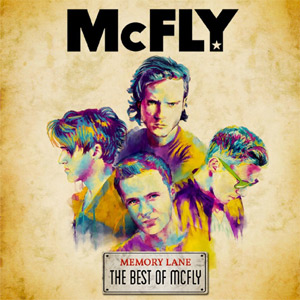 There is a great selection of tracks included, a range of favourites along with some slightly lesser known songs, but all spanning the eight year period since their debut was released to present day. Early singles Five Colours In Her Hair and Obviously hark back to the days when McFly burst onto the scene with their infectious bubblegum pop sound and innocent lyrics. They may not be groundbreaking either lyrically or musically but their tunes are undeniably toe-tapping and great to sing along to. All About You remains one of their stand-out songs, so it's no surprise to see it included on Memory Lane's tracklist. With its string accompaniment, heart-warming lyrics and simple guitar melodies, it's no lie that every girl also wanted to be spun romantically around their kitchen after hearing this track.

Bigger McFly fans will know that from the start, the quartet wanted to include elements of their punk-rock influences such as Blink 182 and Green Day. It may have taken parting ways with their record label to do so, but Lies and One For The Radio gave them the opportunity to demonstrate heavier guitar riffs and lyrics answering back to the musical establishment. A definite departure from their more recognisable sound, these tracks still fit seamlessly in here amongst the lighter offerings.

The album also features singles Party Girl and the hit Shine A Light, which saw them take yet another direction, this time as a result of working with R&B and hip-hop producer Dallas Austin. However, the boys were not entirely happy with this style and the brand-new material included on Memory Lane is reflective of this as it steers back towards their more familiar sound. The laidback Love Is Easy proved to be a hit on tour and in turn was their most recent single, whilst Cherry Cola is a bouncing track with a catchy beat and cheeky lyrics.

Many dismiss McFly as 'just another boy band', but in fact this album proves them to be anything but. They are unafraid to experiment with different styles and veer away from the norm and in turn prove that they are pretty much able to tackle anything they put their minds to. This is a great collection of hits old and new and provides the perfect springboard from which they can launch their sixth studio album with confidence and ease.