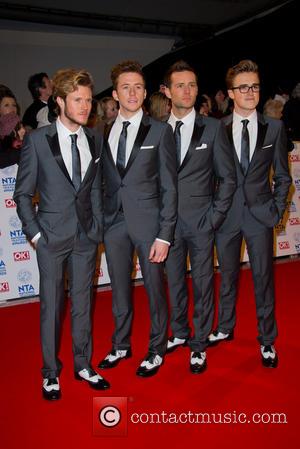 McFly star Harry Judd has been diagnosed with a heart condition.

The British pop rocker has been undergoing intense training for the upcoming London Marathon and reveals he has developed an ectopic heartbeat due to "excessive exercise".

Judd insists the condition is not serious and he is refusing to let it stop him competing in the charity race on 21 April (13).

In a series of posts on Twitter.com, he writes, "So I've acquired (an) ectopic heartbeat through excessive exercise. It's known as a Wandering Pacemaker commonly seen in athletes... It's really annoying!!! It proves I've (been) pushing as hard as possible for the marathon (and) if u've (you have) been thinking of sponsoring me then surely that will (persuade) u (sic)?... It's nothing to worry about but just means I have to chill out a bit. Athletes get it..."