'Party Girl' group McFly are working on their sixth album and are hoping to recruit Jessie J to record a duet with them. 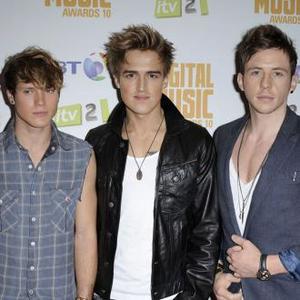 McFly want to record a duet with Jessie J.

The 'Party Girl' group are producing their next album by themselves, and hope to get the 'Price Tag' singer into the studio after they met her during the making of their last record, 'Above the Noise'.

''Once we get everything ready we'd love to get anybody who'd like to collaborate on it.

''When we were recording the last album with Dallas Austin, Jessie popped in and cooked us a bit of dinner so it would be cool to get her.''

The band has taken some down time over the last year, with drummer Harry Judd and bassist Dougie Poynter, appearing on UK reality TV shows 'Strictly Come Dancing' and 'I'm a celebrity... Get Me Out Of Here', but they are now keen to write new songs and hope to release something this year.

Danny added to the Daily Star newspaper: ''We're always striving for the next great song and being successful in a band is one of the best things ever.

''It's up to the record label when they want to release the album but I would like to get something out this year.''

The band - completed by singer and guitarist Tom Fletcher - are currently on tour in the UK.