McFly star Dougie Poynter is writing songs with One Direction star Niall Horan and says the group face a ''challenge'' in penning their own tracks. 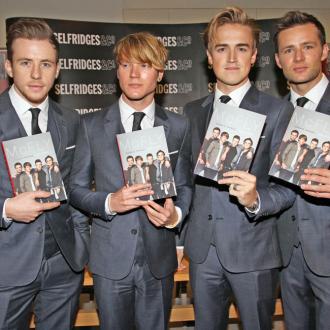 McFly have been writing songs with Niall Horan for One Direction's next album.

The 'All About You' hitmakers recently travelled to Belfast to work with the 'Little Things' group on some tracks, and McFly bassist Dougie Poynter says Niall was the most involved in the sessions.

He told BBC Newsbeat: ''It hasn't got a title at the moment but we wrote the song with Niall. He's got some good ideas so had a lot of input.''

While Dougie is pleased with the results of the studio session, he admits One Direction face a ''challenge'' to match the standards their fans expect from their pop hits.

He added: ''They are smart guys. They know what they're doing. They play to arenas and stadiums around the world. So I think it's a bit of a challenge to come up with some songs to go with that.''

Dougie's comments come just days after award-winning songwriter Cathy Dennis - who has penned tracks for the likes of Kylie Minogue, Britney Spears and Katy Perry - advised the group not to write their own material.

She said: ''It will be expected that they will write their own songs at some point.

''Someone is going to say, 'Hang on, the royalties coming in from just singing are not enough'.

''The guys who wrote 'What Makes You Beautiful' are millionaires.

''But if 1D started writing their own songs it could be the kiss of death, let's face it. I am not going to advocate that.

''To emulate the Rolling Stones - you can't have that overnight.

''I would not expect them to come out with anything amazing.''