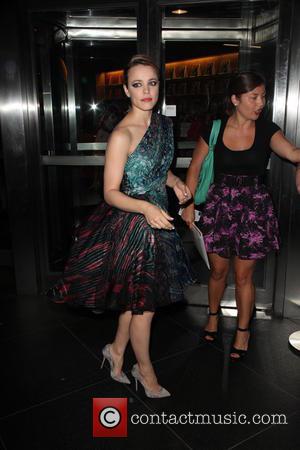 Picture: Rachel McAdams - The Cinema Society And Montblanc host the premiere of Lionsgate And Roadside Attractions' 'A Most Wanted Man' at the Museum of Modern...

According to Variety, the actress has been offered the female lead role in the series.

Jessica Biel and Malin Ackerman were both reportedly considered, but MCAdams has emerged as the frontrunner.

Taylor Kitsch is also expected to sign on for the project.

Earlier this week (beg22Sep14), Swingers star Vaughn was confirmed - he will play a crime boss. Farrell and Kitsch will play cops caught up in a corruption scandal.