Rapper Meek Mill Is Blasting His Maybach Music Group Labelmate Wale After He Suggested The Rapper "Brought A Pencil To A Gun Fight" In His Feud With Drake. 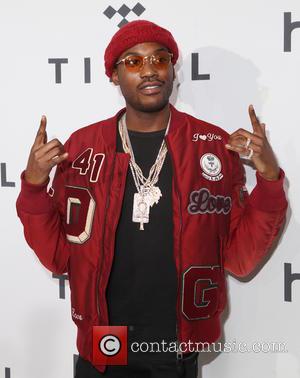 Mill clashed with his girlfriend Nicki Minaj's Young Money Entertainment pal in July (15) after accusing Drake of using ghostwriters to pen his rhymes, and the attack sparked a war of words between the rap stars.

The Started From the Bottom star is widely considered by fans to have emerged victorious in the feud after launching two diss tracks taking aim at Mill, and now the Pretty Girls star is weighing in on the controversy, suggesting Drake is too well known of an artist to feud with.

"I just feel like, and this is me speaking as someone who has been in the industry for a long time, I honestly feel like (Meek) brought a pencil to a gun fight..." he says. "You can't compete with somebody who has those types of relationship. I'm telling everyone who thought Meek lost just off the strength of losing, it doesn't matter what he made..., the opinions of the people would have been that of the kid from Toronto waxed him."

Mill is now hitting back at Wale, insisting his labelmate is only commenting on the feud for publicity.

"N**gas b (sic) doing all this to drop a new record gossiping about they hoe a** feelings and they personal life because they miserable and nobody don't rock wit them!" he writes on Instagram. "Really stay away from me Fam! U (sic) not MMG NOMORE (sic)...! I wasn't even mad at you Fam u got some real issues with yaself (sic) and you jealous! Broke rapper!

Meek Mill insists his latest blast will be the last time he fires off on social media, adding, "This my last time I think addressing s**t on the Internet... But if I don't talk about it one of you dudes gone get hurt speaking my name like it's sweet! Y'all n**gas gone stop mentioning my name like it ain't no consequences.... I'm off this internet!"

This isn't the first time the two rappers have feuded - last year (14), the pair engaged in a war of words after Mill accused Wale of failing to support his Dreams Worth More Than Money album.