Meek Mill: Nicki Minaj and I are like Beyonce and Jay Z

Meek Mill believes there are similarities between himself and Jay Z and has compared himself and girlfriend Nicki Minaj to Beyonce and the 'Empire State of Mind' rapper. 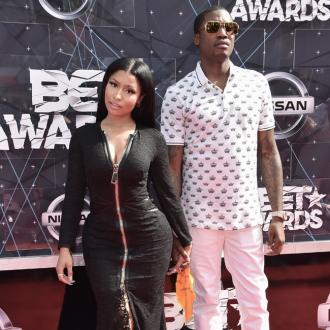 Meek Mill has compared himself and Nicki Minaj to Beyonce and Jay Z.

The 28-year-old star has admitted he sees similarities between himself and Jay Z and believes rappers shouldn't have to always appear independent.

Referring to criticism from the likes of Drake, he told Billboard magazine: ''You can't be hard all the time, man.

''There's both sides to everything. What's wrong with it? Jay Z was a street rapper and he had a girlfriend.''

Meanwhile, things are going from strength to strength between Meek and the 32-year-old singer as he previously revealed he wants children ''sooner or later''.

He said: ''Nicki ain't pregnant. But yeah, I wish...I already tweeted that five years ago, so it should be happening later. Sooner or later, when we ready for that.''

Nicki - whose real name is Onika Tanya Maraj - also denied the rumours, writing on Twitter: ''He always hit me after the interview n give me the run down. He ain't mention that part tho.

''No matter wut he, or anyone else says, Onika Tanya Maraj won't b pushing anyone1 out her vajayjay, until she's married. Now check that (sic)''.

Meek may not have too long to wait as the pair recently got engaged.