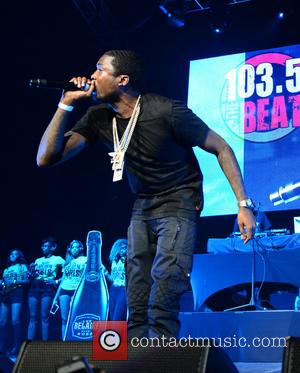 Rapper Meek Mill has reportedly been released from prison after serving five months behind bars.

The Ima Boss hitmaker was sentenced to three-to-six months in prison in July (14) after he violated the terms of his parole, linked to his 2009 drug and guns conviction.

In August (18), a judge denied the 27 year old's request for early parole, but on Tuesday (02Dec14) he was released from the Curran-Fromhold Correctional Facility in Philadelphia, Pennsylvania, according to Fox 29 News Philadelphia.