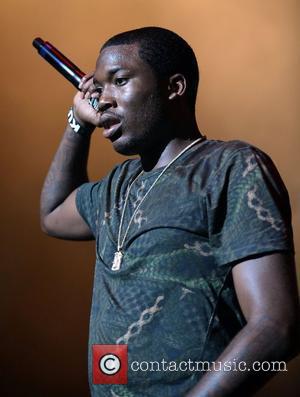 Meek Mill’s picked a tough week to come out with his new LP Dreams And Nightmares, given the huge acclaim that’s being given over to his contemporary Kendrick Lamar for his album good kid, mAAd city, and the Rick Ross approved artist doesn’t look like he’s going to swing much attention over either, given the curt responses he gave to Spin over questions about his new album.

The 25 year-old seemed almost to be wrapped in a vow of silence when questioned about the themes of his album, "I don't know," he replied to a question about how he approaches his album to how he approached his past mixtapes, adding "Both of them are easy." He then commented "It's more personal on my album” though refused to give an example of it on the LP. Hmm.

He has been more vocal however about the leak of Dreams And Nightmares, telling MTV’s RapFix, "I ain't tripping. If people wanna buy your album, they're gonna buy your album whether it's gonna leak or not.” Saying that fans would’ve already made their mind up, he commented "If you were going buy the original, you were always gonna buy the original," and furthering "If you were gonna bootleg it, you were gonna bootleg it — period." It’ll be interesting see who has decided to what, and with the rampant march of Lamar stepping up several notches, he’s really going to need to hope that his fans will be doing the former, if he’s to make much of an impact on the charts.