Meg Ryan will voice Sally in the HIMYM spin-off 'How I Met Your Dad', what can we expect from the new series?

Meg Ryan is allegedly lined up to narrate the mother’s voice in the upcoming spin-off of How I Met Your Mother…the very originally named How I Met Your Dad.  Following a very similar pretext to its predecessor, How I Met Your Dad is set to be told from the mother’s point of view, re-telling the story of how she met her children’s father.  We get that it's a very clever concept, but surely once it's been done, it's been done?  Next thing someone will be rewriting Breaking Bad with a female English teacher lead, with a young Jessica Pinkman helping her mass produce some kind of pink crystally drug.  Or even just combine the two shows into one: How I Met Your Breaking Bad.

In the original series of HIMYM, which recently ended, Bob Saget provided the voice of the father. Ryan’s role will allegedly mirror Saget’s, meaning that each week we will hear her character Sally recount a story which led her to eventually meeting the father of her children. Despite lending his voice to How I Met Your Mother, Saget himself never actually appeared on the show. The role of Ted was instead played by Josh Radnor, who was the ‘father’ right up until the final episode of the series.

Similarly, Ryan will never get any on-screen airtime, instead To Rome With Love actress Greta Gerwig will play ‘present day’ Sally. The series will centre on a new group of friends in New York city. The cast is already said to include Drew Tarver, Nick D’Agosto, Andrew Santino and Tiya Sircar.

Meg Ryan, who once starred in practically every movie that was released, has been fairly low key in recent years. Her last movie Serious Moonlight came out back in 2009 and was, by all accounts, a flop. It currently holds just 24% on review aggregator site Rotten Tomatoes, while Perri Nemiroff of CinemaBlend.com described the actress' performance, “Ryan tries too hard to reestablish her professional reputation and turns it into a meaningless, annoying film destined for oblivion, right alongside her other recent efforts.” Ouch. Let’s hope that How I Met Your Dad will mark a resurgence for Ryan’s career, which we have to agree, has been a little lacklustre of late. If the new series manages to amass half as much magic as How I Met Your Mother she should be on to a winner. Let’s just hope that the writers can think of an ending that won’t ruffle as many feathers with this one!

MORE: Greta Gerwig gets on her bike for stage debut

Watch Greta Gerwig in the trailer for To Rome With Love 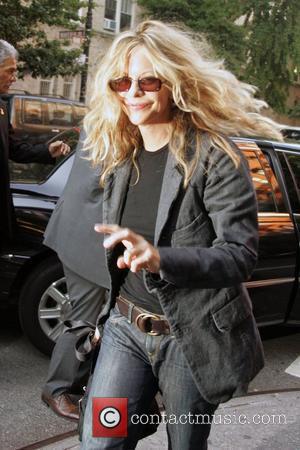