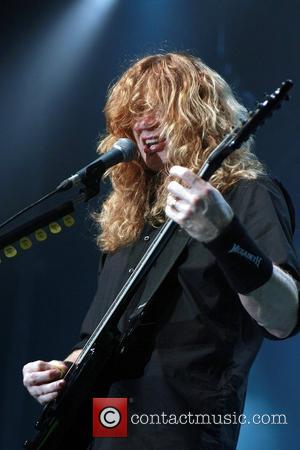 MEGADETH star SHAWN DROVER has paid tribute to LOUDNESS drummer MUNETAKA HIGUCHI who died of cancer on Sunday (30Nov08).
The 49-year-old musician passed away at a hospital in Osaka, Japan, following a long battle with liver cancer. Higuchi reportedly underwent two rounds of chemotherapy and an operation to remove part of his liver before his tragic death.
And Megadeth's Drover admits he was deeply saddened to hear the news, because Higuchi was one of his personal heroes.
He tells Blabbermouth.net, "I just found out that one of my favourite drummers passed away. Munetaka had been diagnosed with liver cancer less than one year ago and lost his battle, which makes me very sad. I have been a Loudness fan since 1983 and have continued to follow them throughout the years. This is once again a reminder to enjoy life and be thankful for what I have."