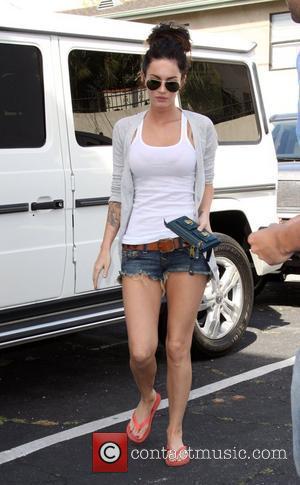 The writer of Megan Fox movie JENNIFER'S BODY has blamed executives for excluding female cinemagoers by marketing it as a sexy film for male teens.
The comedy/horror garnered buzz ahead of its release after advertisements played up a same-sex kiss between Fox and her co-star Amanda Seyfried - but it failed to pull in large profits at the box office.
But Diablo Cody, who penned the comedy/horror, admits Jennifer's Body could have been more popular if the female audience wasn't completely ignored.
She explains, "The marketing was a little messed up. It was marketed mostly to boys and I think we could have had a large female audience that was ignored.
"I want to believe deep down inside that movie will find its audience. At the same time, many of us knew that it wasn't going to connect which is a terrible thing to say. As much as I love that movie, and I'm incredibly proud of that movie and I will love it forever, I feel it's very unusual and I don't think it's super accessible in a lot of ways. I don't think it was a typical, mass appeal popcorn horror movie. I think it was more like an art film. I know some people would laugh at that."
But Cody is confident the movie will gain a cult following in time: "I have faith. I'm on Twitter and I get a lot of feedback from people all day. The DVD came out and I've heard from an avalanche of people saying 'I didn't think I would like this movie, and I've watched the DVD five times.' Now I'm thinking, you missed it the first time around and you're getting your opportunity to enjoy it."