Megan Fox admits she is a ''liberal and lenient'' mother to her two sons Noah, two, and Bodhi, seven months. 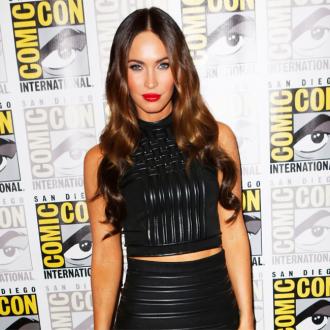 Megan Fox will let her sons have sex with their girlfriends in her house when they are older.

The 28-year-old actress - who has kids Noah, two, and Bodhi, seven months, with husband Brian Austin Green - insists she isn't a strict mother and prefers to take a ''liberal'' approach to parenting.

She said: ''In terms of being strict, I'm not at all. Like I'm going to be really liberal and lenient.

''If they want to have girlfriends they should bring them right on over because kids are going to do what kids do and I would rather they do it where they're safe at my house.''

The 'Teenage Mutant Ninja Turtles' actress may not be very strict, but she won't let the youngsters use electronic devices or watch television as she thinks they are damaging to kids' health.

She said: ''Sometimes I'm like a hippy granola parent in that I'm not giving them television or computers or cell phones because I think we live in an ADHD culture that's spurred on by constant use of electronics.''

And Megan admits her laid-back attitude to parenting isn't shared with her husband.

She told Loaded magazine: ''Brian's a little more uptight than I am with regards to cleanliness so we butt heads over things like I let the babies eat and throw food and drop stuff and splash in the bath because I feel I can clear it up and just let them be kids while they're kids and he's pulling his hair out.

''I won't let him correct it and it makes him crazy. He walks behind me, dusting after me wherever we go. We're opposites that way.''