Megan Fox Confesses To Not Having "A Ton of Female Friends"

The 28 year-old actress can't shake the comparisons to Angelina Jolie, especially since the 'Maleficient' star admitted the same thing a couple of years back. 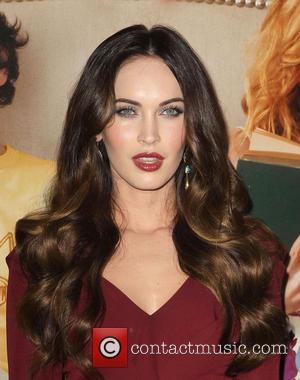 Megan Fox and Angelina Jolie are both considered two of Hollywood's most beautiful actresses, but they seem to have more in common than just looks.

The 28 year-old actress, who is the mother to two young boys, 2 month-old Bodhi, and Noah (19 months), doesn't seem to be the most sociable person.

"I consider myself a 'girl's girl' in that I'm not competitive, jealous, or catty," Fox said in Cosmopolitan's August 2014 issue.

Adding, "But I don't have a ton of female friends-I have one. Her name is Mindy and she's a facialist. I don't have many guy friends, either. I've never been a social butterfly. I don't feel lonely or isolated. I have one really great friend and that's all I need."

Although Fox has tried to hide away from being compared to Jolie, saying that it is a "lack of creativity on the media's part," the 39 year-old actress has also opened up about not having many close pals.

Fox's admission comes only days after she hinted at walking away from showbiz, or at least taking on less work in order to spend more time with her family.

"I've never been an extraordinarily ambitious girl or career-oriented, but especially once I got pregnant with my first son and now [having] my second, it's so hard to be a working mom especially when your heart is not in your work, when your heart is with your family," the brunette beauty said to Parents magazine.

Maybe becoming friends with Jolie will help her decide to stay in the acting business. Fox admits to not having a lot of pals