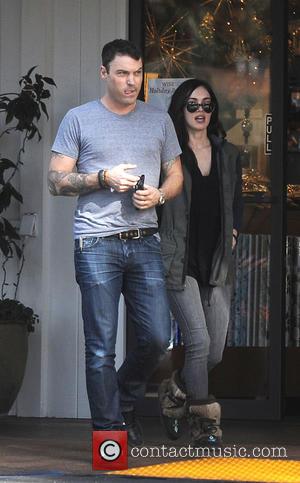 Fox filed for divorce on Friday (21Aug15), just days after news of her separation from the former Beverly Hills, 90210 star spread.

Citing "irreconcilable differences" for the break-up, the actress is asking for joint physical and legal custody of the couple's two young sons.

Reports suggest there was no pre-nuptial agreement and so the former couple are expected to split everything from their marriage 50/50.

The Teenage Mutant Ninja Turtles star and Green officially separated on 15 June (15), according to her divorce filing. They were together on and off for six years before becoming husband and wife.