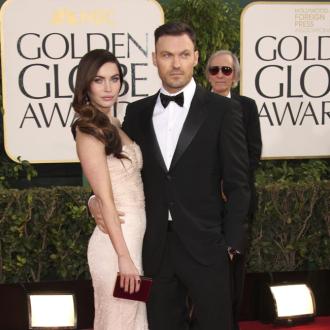 Megan Fox has filed for divorce from Brian Austin Green after five years of marriage.

The 'Teenage Mutant Ninja Turtles' star, who only announced her split from the 'Anger Management' actor earlier this week, is seeking joint physical and legal custody of their two sons, Noah, two, and Bodhi, 18 months.

According to court documents, the 29-year-old beauty has hired celebrity lawyer Laura Wasser to represent her and she cites ''irreconcilable differences'' as the reason for the petition.

Megan also lists June 15, 2015 as the official date of their separation despite recent speculation they quietly split six months ago.

Sources told gossip website TMZ.com that the duo, who started dating in 2004, did not sign a prenuptial agreement before tying the knot in Hawaii in 2010, so they are expected to equally divide their assets.

Insiders believe the 'Transformers' star is also likely to end up paying Brian, 42, spousal support because she earns more money and he has some medical problems.

However, their split is said to be ''very amicable'' and they are still living in the same house in Los Angeles.

Another source recently claimed the duo could reconcile in the future because they still ''love each other very much.''

The friend added: ''Anything could happen in the future, but for now they've decided it's best to take some time apart.''