Megan Fox had to get a nanny

Megan Fox initially wanted to raise her baby son Noah without help but soon realised the demands of caring for a newborn were too much and hired a nanny. 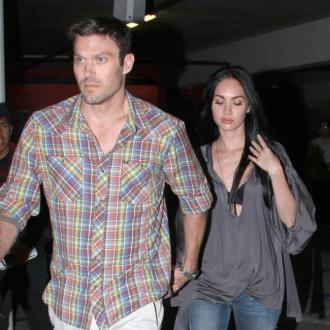 Megan Fox hired a nanny for her son as she feared she and her husband would ''kill each other'' if they didn't get some help.

The 26-year-old actress and her husband Brian Austin Green became parents to baby Noah in September and initially wanted to do all the caring themselves, but exhaustion began to take its toll on their relationship so they agreed to employ a night nurse two days a week.

Megan - who married Brian in June 2010 - explained: ''Having an infant is difficult. It's a lot of work and I didn't hire any help because I overestimated my own abilities.

''I had no ideas how difficult babies could be, so Britain and I were exhausted.

''You never sleep and your entire life is devoted to this little thing that needs you constantly. And I love it, it's what I've wanted to do since I was a little girl but two weeks ago I said to Brian, 'We have to get a night nurse or we're going to get a divorce because somebody's got to sleep in this house or we're going to kill each other.''

The 'Transformers' actress - who also helps raise Kassius, Brian's 10-year-old son from a previous relationship - explained Noah's Biblical name came from her returning to the religious beliefs she was instilled with as a child.

She said in an interview with the Daily Mirror newspaper: ''I went through a stage in my early 20s when I was very rebellious against how I was raised and I wasn't worried about faith or religion but now, maybe because of getting married and wanting to have a family, I've come back full circle.''