Megan Fox: 'I'll Let The Universe Decide If I'm Going To Be A Mum Again' 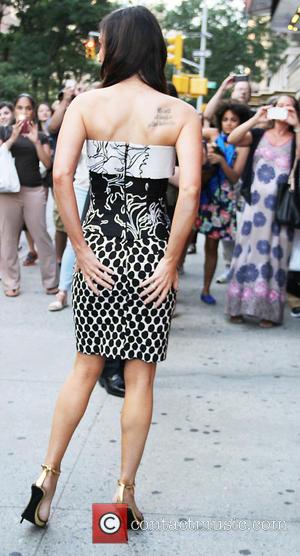 Actress Megan Fox is letting destiny decide whether or not she should have more kids after giving birth to her second son earlier this year (14).

The sexy Transformers star admits she's not opposed to having a large family, and she isn't taking extra precautions to make sure she doesn't fall pregnant again.

She says, "There's not a plan, but I'm gonna be, like, one of those weird people that doesn't not try, but isn't trying - and just leaves it up to the universe."

But she's not ready to have baby number three just yet - she recently timed a romantic weekend away with husband Brian Austin Green to make sure they didn't conceive.

She tells chat show host Chelsea Handler, "I made sure I wasn't ovulating because I didn't want to get pregnant again."