Megan Fox believes step-son Kassius is one the the 'most beautiful' things about her life. 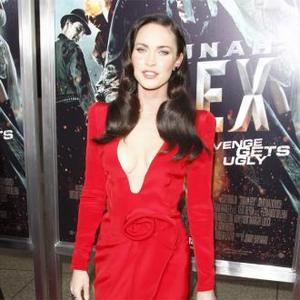 Megan Fox believes step-son Kassius is one of the ''most beautiful'' things about her life.

The 25-year-old 'Transformers' star - who married actor Brian Austin Green in June 2010 - says caring for his 10-year-old son from a previous relationship with Vanessa Marcil brings her so much joy.

She said: ''A lot of things make me happy. But I feel unbelievably happy when my nine-year-old stepson tells me I'm beautiful. Kassius is one of the most beautiful things about my life.

''When I started living with Brian, his son was only two and I was 18. But ever since I've felt like we've created this family together.

''I've basically been looking after Kassius since he was three and that's part of my world that very few people really ever understood about me.

''I love being a stepmom and I feel that the experience grounds me when nothing else makes sense in my life.''

The Hollywood actress - who was raised in a strict Pentecostal family in Tennessee - also finds comfort in the church, but doesn't understand why people feel the need to argue about religion.

In an interview with The Sun newspaper, she said: ''I've always found it strange that different Christian groups can look at each other in an antagonistic way.

''I think all religions have Common principles and an overriding faith in God, so I've tried to use religion in a non-restrictive, very open way.

''I go regularly to a church in Los Angeles which is very open and non-judgmental. There I meet a lot of other young people who are looking to share their faith and find common meaning with other people.

''Religion can be a Beautiful Thing.''