'Jonah Hex' actress Megan Fox admits she expects to marry her fiance Brian Austin Green in the near future, because she loves him ''so much''. 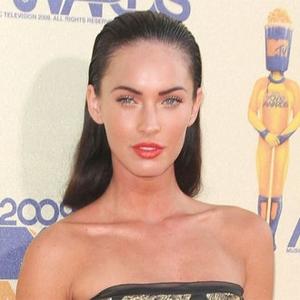 The 'Jonah Hex' actress - who has been dating her 'Smallville' star fiance since 2004 - admits she wouldn't be surprised if they tied the knot in the future because they are settled in their relationship and she loves him greatly.

She said: "I've been in this relationship for so long and I love Brian so much and of course marriage is in the future somewhere. I'm not closed to that idea."

The 24-year-old beauty doesn't mind speaking about her romantic feelings for Brian, 36, because she believes it's important to tell the world when you decide to commit to one person.

"I think there's something respectable about that and if we were to do it, it would be for ourselves. It wouldn't' be for society."

Megan also believes it's important to be able to speak honestly about her emotions - even though this can sometimes get her in trouble.

She added in an interview with US TV show 'Access Hollywood': "I can be blunt or I can be honest. where I've gotten in trouble is when I'm being sarcastic or I'm trying to be funny. It's so easy for people to Take That and turn it into a literal statement and then make it into a big scandalous news story.

"But there's no regrets because you learn from everything. I just wish that it was easier for all of us in this industry to be ourselves."

Earlier this year, Megan and Brian revealed they were engaged again following a brief split last year - when it was claimed they wanted to take time out to focus on their careers.