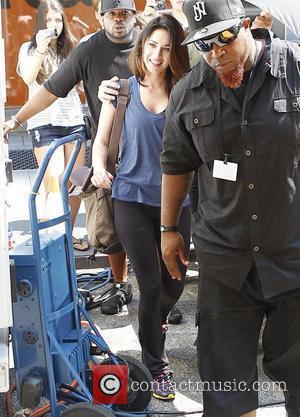 Megan Fox, the Hollywood actress and former 'Transformers' star, has vowed to remove her tattoo of screen icon Marilyn Monroe because it generates "negative energy". Fox, who has the portrait of Monroe inked on her right forearm, says she intends to erase the tattoo via laser treatments.
Speaking to Italian fashion magazine Amica, the actress explained her decision, saying, "She was a negative person, she was disturbed, bipolar. I do not want to attract this kind of negative energy in my life". Monroe, who lived a lavish but ultimately troubled life, died in 1962 at the age of 36. Fox, who has nine other tattoos including a portrait of actor Mickey Rourke on her ribcage and a tribal tattoo on her left wrist, added, "Who knows, maybe I'll remove the others too, but the laser hurts". It's wouldn't be the actresses first experience of 'removing' - a Britney Spears inspired naval piercing got the chop several years ago. Megan explained, "The only time I tried to imitate someone else. But then I thought it was tacky and so I removed it when I turned 20".
The actress is currently filming Sacha Baron Cohen's new comedy 'The DICtator' about a world leader who risks his life to ensure democracy would never come to the country he "so lovingly oppressed".