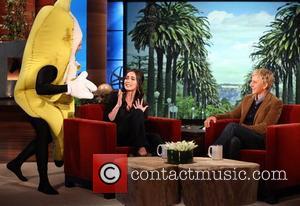 Megan Fox's baby boy arrived safe and sound on September 27th 2012, with the Transformers actress, 26, making the announcement on her official Facebook page after saying she wanted to tell her fans directly.

"He is healthy, happy, and perfect. We are humbled to have the opportunity to call ourselves the parents of this beautiful soul and I am forever grateful to God for allowing me to know this kind of boundless, immaculate love," the actress said. With statements like that, the name just had to have biblical connotations didn't it? Yep, Fox and husband Brian Austin Green opted for 'Noah Shannon Green.' We wonder if the sight of Russell Crowe in full Noah garb for his upcoming turn as the helmsman in Darren Aronofsky's forthcoming epic was enough to convince Megan and Brian of the name. Perhaps?

Fox married television actor Green, 39, in June 2010 in Hawaii after a four year engagement, which included a brief split in 2009. He is best known for 'Beverly Hills 90210' though will star in the forthcoming series 'The Wedding Band.' Fox will next appear opposite Paul Rudd and Jason Segel in 'This is 40', a sequel-of-sorts to Judd Apatow's 'Knocked Up.'