Megan Fox makes a point of being seen cavorting in a bikini with boyfriend Brian Austen Green whilst on holiday, following rumours she was dropped from 'Transformers 3'. 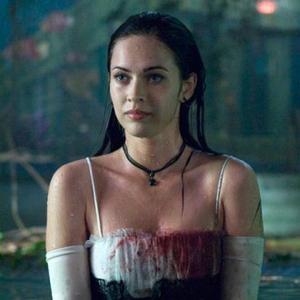 Megan Fox has been stripping off to prove her career is on the up.

The sexy actress - who was recently photographed cavorting in a bikini with her boyfriend Brian Austen Green - is reportedly only flashing her flesh to prove she's not upset about rumours she was dropped from 'Transformers 3'.

A source told Absolute Now: "Megan feels like her reputation has come under fire since she parted with the 'Transformers' franchise. She's making a point of being seen and showing that she's not affected in the way some may think.

"She wasn't dumped and her career is not on the slide. If getting a bikini on helps show that she's over the whole episode, then she'll do it."

It was confirmed last month that Megan would not be reprising her role as Mikaela Banes in the third instalment of the mega-successful action film franchise, and Paramount Pictures refused to confirm the reason why.

A spokesperson at the time said: "Megan Fox will not be starring in 'Transformers 3'. It was her decision not to return. She wishes the franchise the best."

The 24-year-old actress will next be seen in the action thriller 'Jonah Hex' to be released in the US later this month.