Megan Fox Was Insecure About Her Looks

Megan Fox has revealed she never felt pretty when she was younger and wasn't part of the popular crowd in high school. 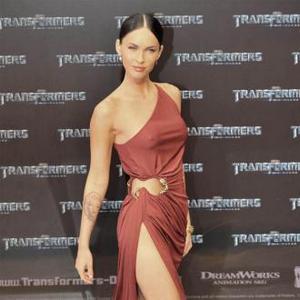 Megan Fox never felt pretty when she was younger.

The 'Transformers' star - who is the face of Giorgio Armani's beauty, fragrance and skincare campaigns - admits she had an "abrasive" personality and didn't rate her looks during her teen years.

She told MIAMI magazine: "I was never the pretty girl. [As a teenager] I was abrasive and obnoxious and felt like a loner."

Megan - who is married to 'Beverly Hills, 90210' star Brian Austin Green - also enjoyed unpopular hobbies including archaeology which meant she couldn't integrate with the popular crowd.

Speaking of her fascination with history and possible government cover-ups, she said: "I would love to go on a dig. Come on! You don't think everything that's learned is released to the public, do you?"

The 25-year-old actress stars in the new ensemble comedy 'Friends With Kids' alongside Kristen Wiig, Jon Hamm, Maya Rudolph and Chris O'Dowd and revealed she has really enjoyed the camaraderie on set.

She explained: "I'd rather be with good people in a movie than the other way around. Most of the cast knew each other very well already - Kristen and Maya are BFFs; it was such a nice, welcoming, supporting environment.

"I always try to choose something different than what I've done before."