"So What Now"? Megan Fox FINALLY Joins The Twittersphere 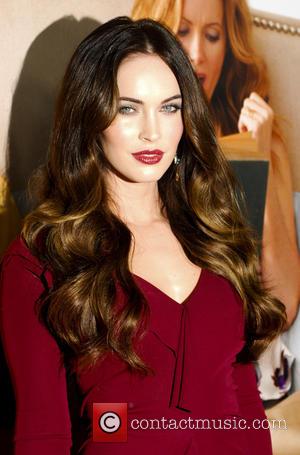 Megan Fox is ready to start expressing herself in 140 characters or less, having finally signed up to Twitter. There's been plenty of fake accounts for the Hollywood actress in recent years, but the good old blue verification check mark proves the latest profile is definitely the Transformers star.

So what did Fox tell followers in her very first tweet? Well, it was all very anti-climatic really. "I'm incredibly late to the party but I'm here nonetheless, so what now?" she wrote. The actress - who recently starred in This Is 40 - describes herself as a "Lover. Healer. Mother" in her Twitter bio and has already snagged 36,000 followers. However, it seems as though she's from the Kanye West school of Twitter etiquette and is following absolutely nobody back. Megan Fox doesn't care what you think or say.

The 26-year-old has some way to go to catch up with fellow entertainers Lady GaGa, Justin Bieber and Katy Perry, who have nearly 100 million Twitter followers between them. OK, so comparing her to the three biggest pop stars on the planet is a little unfair. Perhaps, she could aim to match someone like Tyra Banks, Kourtney Kardashian or Ashley Tisdale, who each hold around 8 million followers. Catch up Megan.