Scroll for photos from the premiere 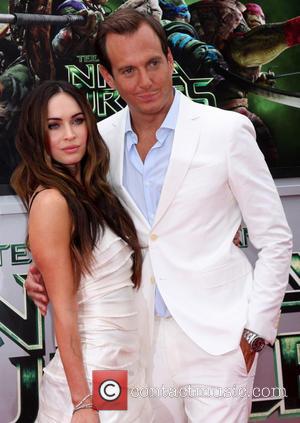 Most of Hollywood ventured out for a nostalgia hit as Teenage Mutant Ninja Turtles enjoyed its Los Angeles premiere on August 1.

The film’s stars, Megan Fox, William Fichtne, Alan Ritchson, Johnny Knoxville and Will Arnett, were all in attendance but it was for former, and most marketable star whom left the premiere with the headlines following her critique of the critics, who haven’t been as impressed with TMNT as a certain other summer blockbuster.

On the subject of the film’s less than desirable critical conclusion, Fox decided the reviews and the people who wrote them could “f*ck off”, alluding to Transformers: Age of Extinction, which faired poorly with the critics but scored big at the box office.

"Let me tell you something about those people," Fox explained, "how much money did Transformers 4 make? Exactly. Those people can complain – they all go to the theatre. They're gonna love it – and if they don't love it, they can f*ck off, and that's the end of that."

The film has been shrouded in controversy since it was announced. The most recent gaffe involved Paramount Australia’s promotional poster of the turtles falling from a burning New York skyscraper, captioned on Twitter: “Check out the official poster for #TMNT in cinemas September 11”. Needless to say, nerves were hit.

More: Teenage Mutant Ninja Turtles: How Not To Market A Movie