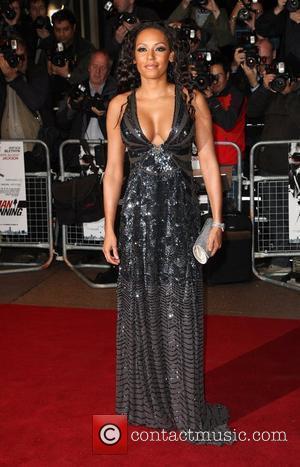 Pop star Melanie Brown is urging U.K. politicians to do more for people receiving welfare benefits after spending a week with a poor family for a new TV series.
The former Spice Girl traded her luxury Los Angeles mansion for a government-funded estate in her hometown of Leeds, England, where she moved in with an unemployed single mother and her five kids for the documentary, Seven Days on the Breadline.
The singer admits she was shocked by the decrepit state of the home, but soon encouraged the family to carry out more chores and make the most of the weekly financial aid they receive.
She says, "I hadn't been told anything about the family I would be looking after or the state of the house I would be living in. It was only when I arrived that I realised it had damp rising up the walls, was infested by mice, and was, frankly, horribly unkempt.
"The house was home to unemployed Elaine Henry and my task involved looking after her five children - aged six, eight, 12, 16 and 18 - all on a budget of £264 in benefits."
Brown soon realised the family wasn't "lazy" but was too depressed by its surroundings to make an effort - and she believes the government could make a difference by offering teens and children a community outlet.
She adds, "I hope the show will make people think twice about people on benefits, rather than calling them lazy moneygrabbers... On the whole I think the majority could be encouraged to do a bit more if the government would step in.
"If you do not give people a way out, educate them, provide them with somewhere to live, and a community centre for them to visit and be stimulated, then how can you expect them to have the urge to get up and do anything with their lives?"