Mel B 'addicted' to husband

Mel B is ''addicted'' to her husband, Stephen Belafonte, according to her brother-in-law Jeremiah Stansbury. 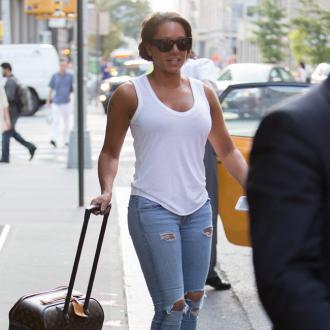 Mel B is ''addicted'' to Stephen Belafonte.

The former Spice Girl posted a festive snap with her husband and her two children from previous relationships - Phoenix Chi, 15 and Angel, seven - and the couple's three-year-old daughter, Madison, hinting that the pair had got back together.

However, Stephen's brother Jeremiah Stansbury has slammed the news of a reconciliation, blasting Mel's decision as ''foolish''.

He said: ''It's foolish. She could do so much better. Steve is an expert in mind games.

''Mel has her own insecurities and that's how he got her in the first place. She's addicted to him and the sad thing is she doesn't have to be.''

Mel left her husband earlier this month after rowing heavily with 39-year-old television producer just days before she was hospitalised with crippling stomach pains.

Jeremiah also revealed that the couple have ''been here before'', admitting that he's not surprised that they are back together.

He shared to The Sun newspaper: ''She wanted to give him a wake-up call. But they've been here before. I didn't think their split would be for ever.

''A lot of people ask me what she sees in him. She is into bad dudes. Regular guys are boring.''

Meanwhile, Jeremiah recently warned the 39-year-old singer that Stephen's ''violence'' could ''destroy'' her.

''Mel should look after her inner health - and that will never happen around Steve. She should get help.

''He will destroy her. He will stress her out and pressure her until her stomach lining bursts wide open from an ulcer or she falls down and faints.''