Mel B: America's Got Talent judges are feisty

Mel B has revealed the new judging panel on 'America's Got Talent' are ''feisty'' and they all have unique quirks, including Howie Mandel's germaphobia. 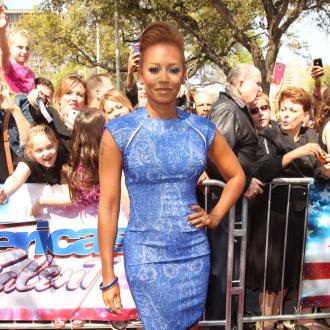 Mel B says the new 'America's Got Talent' judging panel is a ''discombobulated'' but ''feisty'' group.

The Spice Girls singer is to judge on the new season of the hit talent competition along with supermodel Heidi Klum and says the panel - which includes radio personality Howard Stern and comedian Howie Mandel - all have unique quirks that makes for an interesting dynamic on set.

She told Australian radio show 'The Kyle & Jackie O Show': ''They're really nice actually. We all get on. We're a bit of a feisty panel. We all hang out afterwards; so far so good.

''So between the four of us, it's a completely discombobulated group that somehow get on.''

While 'America's Got Talent' is a family friendly show, the 37-year-old star admits the off-camera banter between her and fellow judge Howard, 59, has a more adult tone.

She said: ''He always talks to me about sex in between each act on the panel. I just make up random stories and half the time he actually believes me.''