Mel B And Mel C Cause Musical Delays?

Mel B and Mel C have reportedly caused Delays in the production of the Spice Girls musical 'Viva Forever', because they can't agree on anything. 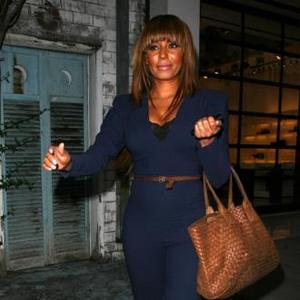 Arguments between Mel B and Mel C are reportedly holding up the Spice Girls musical.

Comedienne and 'Absolutely Fabulous' star Jennifer Saunders is writing the show, titled 'Viva Forever', although her progress is apparently being delayed by fighting between the two former members.

A source told the New York Post: ''Melanie Brown and Melanie Chisholm can't agree on anything. It's driving Jennifer crazy.''

Although the two Mels and band mates Victoria Beckham, Emma Bunton and Geri Halliwell will not be in the production, they are helping Jennifer with feedback and ideas.

But with Victoria busy with her successful fashion line, the show - which is due to debut in London at the end of the year - is believed to have suffered yet more Delays.

Meanwhile, Jennifer has revealed that despite their differences, the musical has made the women feel quite emotional.

She told the Daily Mirror newspaper: ''During one read through I played one song and then Emma said 'Oh I think I'm going to cry I loved this song'.

''It's a collection of their best memories and they had such a ball, such a great time together.

''Going back and playing all the songs and everything was quite emotional really.

''Their absolute joy and love of the music and those days is just so palpable.''