Mel B dated a woman for four years

Mel B has confessed she had a four year-long relationship with a woman but insists she is now ''happily married'' to Stephen Belafonte, with whom she is not in an ''open'' relationship. 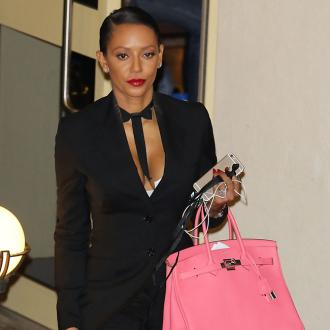 Mel B dated a woman for four years.

The former Spice Girls star - who is now married to second husband Stephen Belafonte - has confessed to having had a long-term relationship with a woman in the past but insists she is now very happy being married to a ''penis''.

She said: ''Well, I did have a four-year relationship with a woman. But I've been very happily married for seven years to a penis. Ha ha! An amazing guy.''

And, although former Playboy model Lusann Lee claimed Mel followed her into a toilet for an ''intimate moment'' last year while Stephen waited outside, the 39-year-old star insists she and her husband are not in an ''open'' relationship.

Mel shared: ''No, me and my husband are very tight and solid. But I will be the first one to compliment a woman, to say to my husband, 'Oh my God, look at her legs', or 'Doesn't she look stunning?' I do think women are gorgeous. Crazy but gorgeous.''

Explaining what she means when she says they are both ''perverts'', Mel told the Guardian newspaper: ''Well, everybody sees the word pervert as something different, and I don't want to tell you what my pervert-ness is, or what his is ... It's nothing too extreme, it just works.

''Let me put it this way, we're just very sexually compatible in every way. We think very much alike, and we get turned on by the same things.''