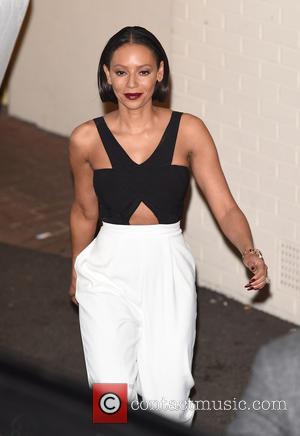 Picture: Melanie Brown and Mel B - Shots of the judges and contestants from the Uk TV show the X-factor were photographed as they left the...

British pop star Melanie Brown has finally broken her silence to blast rumours suggesting her husband Stephen Belafonte has been physically abusing her, two weeks after she was hospitalised with a mystery illness.

The former Spice Girls star hit headlines earlier this month (Dec14), when she was admitted to a medical centre for treatment for a "serious" ailment.

Her poor health forced her to skip an appearance as a judge on the first half of the U.K.'s The X Factor final on 13 December (14), but when she returned to the panel the following night (14Dec14), she sparked speculation about the state of her marriage by showing up without her wedding ring and sporting what appeared to be scratches and bruises on her skin.

Reports subsequently emerged alleging Brown had been hospitalised after becoming a victim of domestic abuse - but film producer Belafonte vehemently denied the claims and even threatened legal action.

Now Brown has finally spoken out to clear the air about the rampant rumours, insisting all is well in the Belafonte household, while blaming a problem with her Twitter account for her social networking silence.

The singer shared a photo of herself alongside her husband of seven years on Instagram.com on Sunday (28Dec14), and in the accompanying caption, she wrote, "This is for my fans havin problems with my Twitter will be back soon! I'm very good was very polly (poorly) but much better now and for the record my hubby never would lay a hand on me sorry took so long but any response fuels rumors love my family. love my fans (sic)."

Brown's message was posted days after her teenage daughter Phoenix came to her stepdad's defence.

The 15 year old posted an Instagram photo of herself and Belafonte shopping for last-minute gifts on Christmas Eve (24Dec14) and added the caption, "Can everyone just chill he didn't hit my mom don't know how that stupid rumour came up."

Phoenix Gulzar is Mel B's child from her first marriage to dancer Jimmy Gulzar. She also has a little girl from her relationship with Eddie Murphy, and shares a three-year-old daughter with Belafonte, who also has a child from a previous romance.